We’ll travel north to Caesarea, the regional capital that was built by King Herod the Great two thousand years ago. We’ll explore the remarkable ruins, and discuss Peter’s conversion of Cornelius (Acts 10) before visiting the port area from which the first Christian missionaries would have spread their message to the rest of the world.

We’ll continue north to Nazareth, the home of Jesus. We’ll begin with a visit to Nazareth Village, which recreates life here at the time of Jesus – we can even have an authentic Biblical lunch! Next, we’ll explore the remains of the ancient city in the bottom of the grand Basilica of the Annunciation, where it’s believed that Mary was visited by the angel Gabriel (Luke 1). We’ll conclude our day on the edge of the city with a stunning view from Mt Precipice, where we will get a great insight into the geography of the Biblical Galilee. Overnight at hotel in Galilee.

We’ll begin our day at Tzippori, the former Roman capital of the Galilee. We’ll walk its ancient stones, as it is likely Jesus would have done also, and marvel at its stunning mosaics. Tzippori also plays an important role in Judaism as the home of the codification of the Mishnah (the Jewish oral law).

Our next stop will be at Mount Tabor, the site associated with the Transfiguration of Jesus (Matthew 17). After ascending to the peak, we’ll enjoy the stunning views and the beautiful church whose architecture is designed to symbolize the event of the Transfiguration.

We’ll conclude our day in Safed (Tzfat), one of Judaism’s four holy cities. We’ll wander its ancient alleyways and discover the secrets of the Kabbalah (Jewish Mysticism) which developed here 500 years ago. Expect beautiful synagogues, stunning vistas, and remarkable tales. Overnight at hotel in Galilee.

DAY 4: GOLAN IN THE BIBLE

We’ll begin with a visit to Tel Dan where we’ll be able to discover remarkable Biblical ruins including the gate likely seen by Abraham (Genesis 14) and the altar likely built by King Jeroboam (1 Kings 12). We’ll then ascend further into the Golan Heights and stop at the ancient pagan worship site of Caesarea Philippi, where Jesus gave Peter his name (Matthew 16). This evocative location, surrounded by a free-flowing spring and lush greenery, is a great place to reflect.

After a brief stop to enjoy some fantastic local olive oil (olives are one of the seven fruits and grains of the Holy Land named in Deuteronomy 7) our day will conclude at an observation deck near the Syrian border. We will look towards where Saul of Tarsus saw Jesus on the road to Damascus (Acts 9), and get an understanding of the complex relationship between contemporary Israel and Syria. Overnight at hotel in Galilee.

DAY 5: JESUS' MINISTY IN THE GALILEE

We’ll descend to the Sea of Galilee, pausing on the Mount of Beatitudes to reflect on Jesus’ famed Sermon on the Mount (Matthew 5). We’ll follow in his footsteps, descending the mountain by foot to the shores of the Sea of Galilee, passing Tabgha (marking the feeding of the 5000 (Matthew 14) and Jesus later appearing to Peter following his resurrection (John 21) and reaching Capernaum, where Jesus made his home following his expulsion from Nazareth. We’ll see the house we believe he lived in, and the ruins of a remarkable synagogue.We’ll continue to a local restaurant for a traditional lunch of St Peter’s Fish (other options available for non-fish eaters!) and then enjoy a restful boat cruise on the very waters where Jesus once walked.We’ll conclude our day at the Yardenit baptismal site for the chance to go down to the shore of the Jordan River and, if desired, it’s possible to arrange a baptism / baptism rededication ceremony. Overnight at hotel in Galilee.

DAY 6: REVOLUTION IN THE WILDERNESS

Our next stop will be the UNESCO World Heritage Site Masada. After a quick lunch we’ll ascend by   cable car and will explore the ruins of this remarkable desert fortress built by King Herod 2000 years ago, and discover the tragic end of its final defense.

We’ll open our day in Bethlehem, the birthplace of King David and Jesus. We’ll begin with a visit to the famed Basilica of the Annunciation, marking where Jesus was born (Matthew 2), and will also visit the traditional site of the Shepherds’ Fields, where it’s believed that the announcement of Jesus’ birth was made to the local shepherds (Luke 2).

We’ll then journey into the desert, stopping at Qasr el-Yahud on the Jordan River, marking the traditional site of the Israelites crossing into the Promised Land (Joshua 3) and also the baptism of Jesus (Matthew 3).

Our day will conclude in Jericho, the oldest city in continuous habitation in the world, where we can see remarkable ancient ruins that are possibly connected to Joshua’s conquest of the city (Joshua 6). It is also the location for the famed encounter between Jesus and the tax collector Zacchaeus (Luke 19).  We’ll conclude our day with a visit to the traditional site associated with Mount Temptation (Matthew 4). Overnight at hotel in Jerusalem.

We’ll pause at the Western Wall (also known as the Wailing Wall) to soak up the atmosphere, and after a great local lunch, we’ll explore the Jewish Quarter (including more ruins from the Biblical period) and the Room of the Last Supper (Matthew 26) and King David's Tomb on Mount Zion. Overnight at hotel in Jerusalem.

Optional: Continue to the alternative site of the Garden Tomb, recognized by many Protestants as the location of Jesus’ crucifixion and burial. Overnight at hotel in Jerusalem.

We’ll begin our day with a drive into the area known as the Judean Lowlands, an area where historically the Israelites clashed with their enemies the Philistines. After a short walk up to the ruins known as Khirbet Qeiyafa, we’ll explore what was once a grand settlement dated to 3000 years ago, and believed to have been part of the kingdom of David. We’ll discuss how the findings here help reinforce the Biblical narrative.

Our next stop will be at the ruins of ancient Azeka where we can enjoy a fantastic look out over the Ella Valley and imagine the ancient battle that took place there between David and Goliath (1 Samuel 17). We’ll then have a short visit to ancient Beit Shemesh, where the ark of the covenant was returned to the Israelites by the Philistines (1 Samuel 6).

Our day will conclude back in Jerusalem with a visit to the world-class Israel Museum, home of the Dead Sea Scrolls. We’ll use the museum’s models and displays to trace our footsteps around Israel as our trip sadly comes to a close. 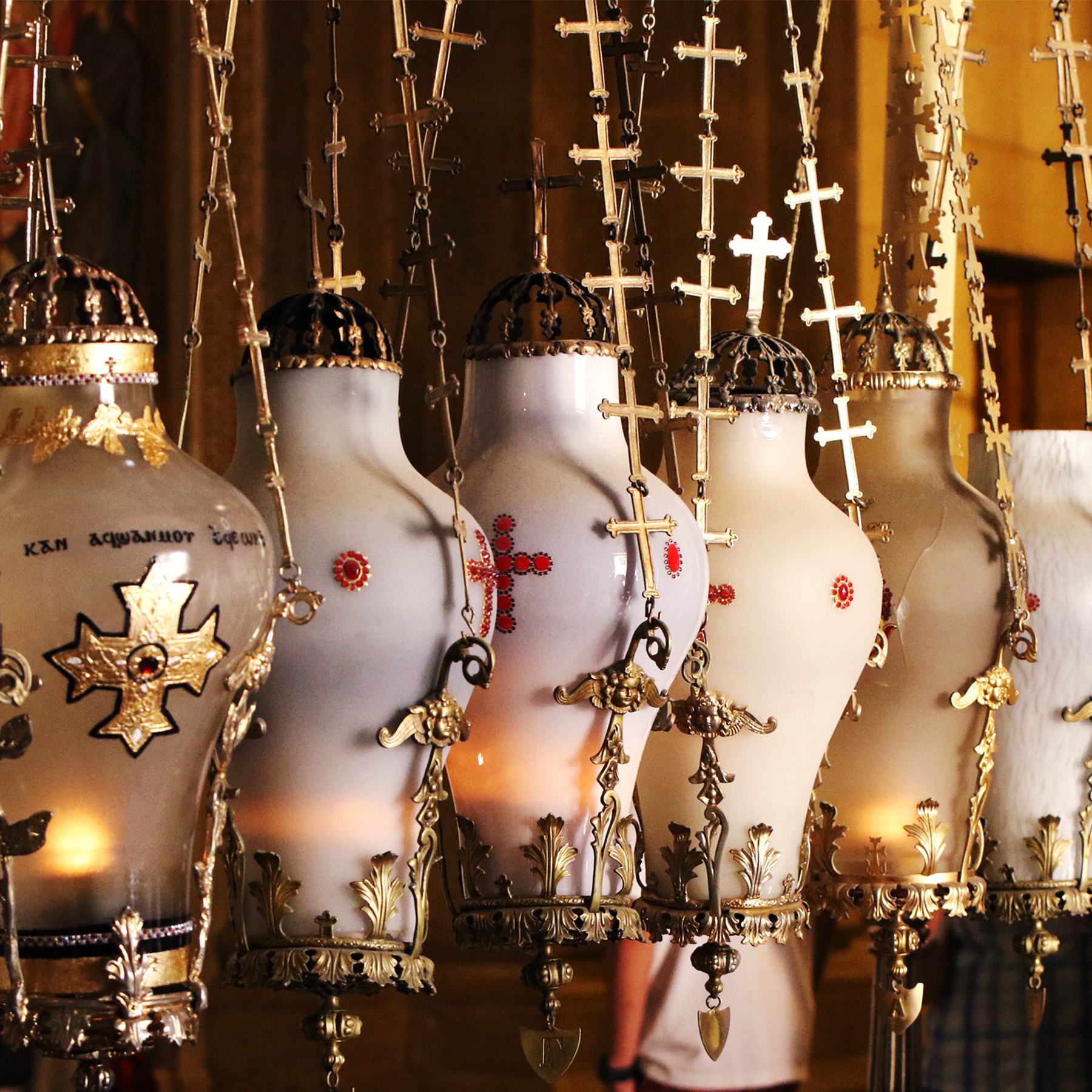