We’ll start our day in Jaffa, one of the most ancient port cities in the world. As we wander the quaint alleyways of this timeless gateway to the Holy Land, we’ll visit St Peter’s Church and discuss the vision he had at Simon the Tanner’s House, before descending to the port where Jonah was swallowed by the whale.

We’ll travel north to Caesarea, the regional capital that was built by King Herod the Great two thousand years ago. We’ll explore the spectacular ruins, and discuss Peter’s conversion of Cornelius before visiting the port area from which the first Christian missionaries would have spread their message to the rest of the world.

Our final stop will be in Akko (Acre), the former Crusader capital and home to the famed Uri Buri restaurant, where we’ll have a break for lunch. We’ll then explore the remarkable ruins and tunnels from the time of the Crusaders, which earned Akko UNESCO world heritage site status. Overnight at hotel in Galilee.

We’ll begin our day at Tzippori, the former Roman capital of the Galilee. We’ll walk its ancient stones, as it is likely Jesus would have done also, and marvel at its stunning mosaics. Tzippori also plays an important role in Judaism as the home of the codification of the Mishnah (the Jewish oral law).

Our next stop will be in Nazareth, the home of Jesus. We’ll begin with a visit to Nazareth Village, which recreates life here at the time of Jesus – we can even have an authentic Biblical lunch! We’ll then explore the remains of the ancient city in the bottom of the grand Basilica of the Annunciation, where it’s believed that Mary was visited by the angel Gabriel. We’ll leave Nazareth via a stunning view from Mt Precipice, where we will get a great insight into the geography of the Biblical Galilee.

Our final stop will be in to Safed (Tzfat), one of Judaism’s four holy cities. We’ll wander its ancient alleyways and discover the secrets of the Kabbalah (Jewish Mysticism) which developed here 500 years ago. Expect beautiful synagogues, stunning vistas, and remarkable tales. Overnight at hotel in Galilee.

We’ll begin with a visit to Tel Dan where we’ll be able to discover remarkable Biblical ruins as well as look out over the Lebanese border. Continuing on the Biblical theme, we’ll go further into the Golan Heights, and stop at the ancient pagan worship site of Caesarea Philippi, where Jesus gave Peter his name. This evocative location, surrounded by a free-flowing spring and lush greenery, is a great place to reflect.

After lunch in the renowned HaBokrim steakhouse, we’ll ascend to an observation deck near the Syrian border. Our view will look out towards where Saul of Tarsus saw Jesus on the road to Damascus, and give us an opportunity to get an understanding of the complex relationship between contemporary Israel and Syria.

DAY 5: JESUS' MINISTY IN THE GALILEE

We’ll descend to the Sea of Galilee, pausing on the Mount of Beatitudes to reflect on Jesus’ famed Sermon on the Mount. We’ll follow in his footsteps, descending the mountain by foot to the shores of the Sea of Galilee, passing Tabgha (marking the feeding of the 5000 and Jesus later appearing to Peter following his resurrection) and reaching Capernaum, where Jesus made his home following his expulsion from Nazareth. We’ll see the house we believe he lived in, and the ruins of a remarkable synagogue.We’ll continue to a local restaurant for a traditional lunch of St Peter’s Fish (other options available for non-fish eaters!) and then enjoy a restful boat cruise on the very waters where Jesus once walked.We’ll conclude our day at the Yardenit baptismal site for the chance to go down to the shore of the Jordan River and, if desired, it’s possible to arrange a baptism / baptism rededication ceremony. Overnight at hotel in Galilee.

DAY 6: REVOLUTION IN THE WILDERNESS

Jump straight into the atmosphere of ancient Jerusalem as we open the day with a walk on the 500-year-old city ramparts. We’ll then visit the City of David, the most ancient ruins in Jerusalem, taking us back into the time of the Hebrew Bible. We’ll see David’s Palace and can walk underground in a tunnel built by King Hezekiah (great fun for kids!). We’ll emerge from the tunnel at the Pool of Siloam, where Jesus healed the Blind.We’ll ascend by foot in the spirit of the ancient pilgrims to the impressive excavations in the Davidson Center where we’ll be able to transport ourselves 2000 years back in time and walk on the very stones that Jesus and his disciples would have walked on in the time of the Second Temple.

We’ll pause at the Western Wall (also known as the Wailing Wall) to soak up the atmosphere, and after a great local lunch, we’ll explore the Jewish Quarter (including more ruins from the Biblical period). Our day will conclude with a visit to the Room of the Last Supper and King David's Tomb on Mount Zion.

Our next stop will be at the Tomb of Mary where we will explore one of Jerusalem’s oldest churches and understand the unique sharing arrangement under which it is managed. We’ll then ascend from the Kidron Valley to the Old City where we’ll visit the Pools of Bethesda, where Jesus healed a paralytic man.After seeing the most holy site for Muslims in Jerusalem, The Dome of the Rock, from a very unique angle, we will walk the ancient pilgrim route known as the Via Dolorosa, or the Stations of the Cross, marking Jesus’ path with the cross from his trial until his crucifixion.  The route culminates at the Church of the Holy Sepulcher, believed to be the location of Jesus’ crucifixion and burial and venerated by many as one of the most important holy sites in the world. Overnight at hotel in Jerusalem.

We’ll open our day in Bethlehem, the birthplace of King David and Jesus. We’ll begin with a visit to the famed Basilica of the Annunciation, marking where Jesus was born, and will also visit the famous ‘Walled Off’ Hotel, owned by Banksy, to enjoy the art and learn about the Palestinian perspective on the current political situation.

We’ll then journey into the desert, stopping at Qasr el-Yahud on the Jordan River, marking the traditional site of the Israelites crossing into the Promised Land and also the baptism of Jesus.

Our day will conclude in Jericho, the oldest city in continuous habitation in the world, where we can see remarkable ancient ruins, many dating back into Biblical times. Overnight at hotel in Jerusalem.

Our day will begin in a reflective mood during a visit to Yad Vashem, Israel’s national Holocaust Memorial. After exploring the museum we’ll ascend to Mount Herzl – Israel’s national memorial cemetery. We’ll visit some of the nation's most important figures and discuss their legacies, including Theodor Hertzl, Yitzhak Rabin, Golda Meir, Shimon Peres and many more.After enjoying the sights, sounds, smells and most importantly, tastes, at the Machne Yehuda open-air market, we’ll end our day with a visit to the world-class Israel Museum, home of the Dead Sea Scrolls. We’ll use the museum’s models and displays to trace our footsteps around Israel as our trip sadly comes to a close. 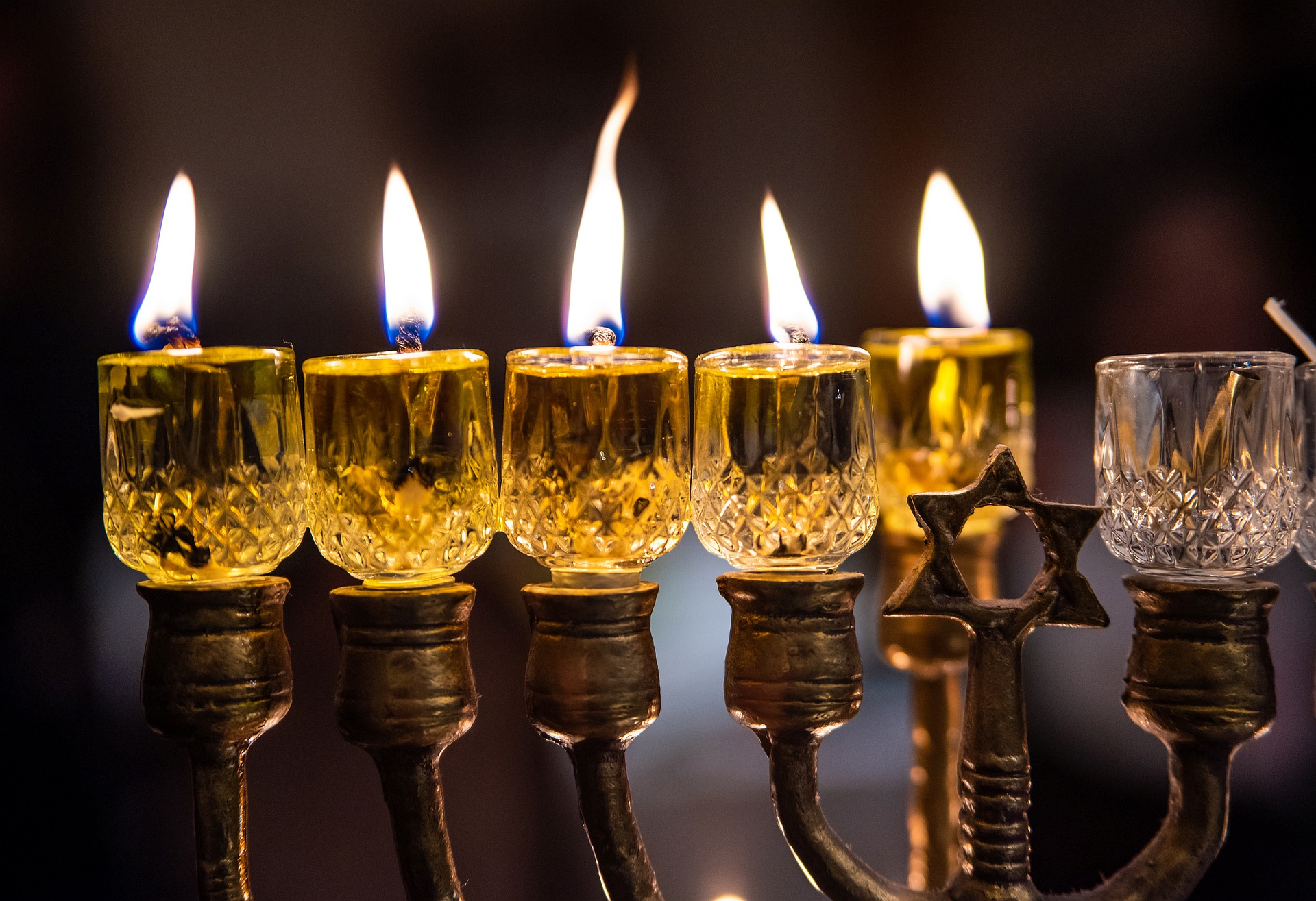